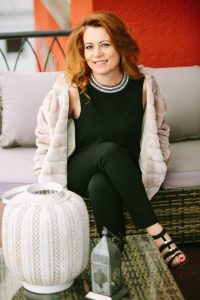 The west is opening up to secular, non-sectarian vegetarianism. Various considerations are driving many people to change their diet, restaurants and shops supplying vegetable-based foods only are springing up, and new medicine is showing a growing awareness of the trend.

According to the United States’ Department of Agriculture, 90% of America’s grain crop is used to feed animals for slaughter. A further important and significant statistic is that it takes sixteen kilos of grain to produce just one kilo of beef. This all goes to show the waste of resources that are needed to carry out intensive farming. Producing more meat means having fewer cereal crops to feed people living in developing countries, and this is without even addressing the issue of pollution: to obtain animal protein requires ten times as much energy as is needed to obtain the same amount of vegetable protein. Research has revealed that if the world’s cultivable land were used to produce vegetarian food, there would be enough food to feed the entire planet. People have been aware of this fact since ancient times, and Pythagoras, Leonardo da Vinci, Rousseau, Benjamin Franklin, Shelley and Tolstoy were just some of the great historical figures who chose to follow a vegetarian diet. Socrates, too, proposed an ideal diet for people living in the city of the future, a diet consisting of wheat and barley flatbread with olives, goat’s cheese, pulses and fig cakes.

As reported by the World Health Organisation, the population in the western world has far exceeded the recommended limit of animal protein consumption, causing serious damage to our health. Protein waste products pose a threat to our kidneys, and the primary source of energy for our body is carbohydrates, not proteins. Those who follow a balanced vegetarian diet benefit from a powerful body and a clear mind. The sporting world boasts some excellent vegetarian athletes. People who consume vegetable-based foods are at much lower risk from cardiovascular diseases, cancer, high blood pressure and diabetes. Farmed animals are subjected to shocking living conditions and are pumped with drugs from birth, including antibiotics, used to combat problems caused by poor hygiene, and growth hormones, which then end up in our bodies. These poisons are compounded by the natural toxic substances released during slaughter, which are a physical symptom of the animal’s suffering and which, in turn, have an effect on us if we ingest them. Their joint collaboration sees the meat industry and the pharmaceutical industry earning thousands of billions every year and the effect of these exorbitant figures is to sideline the dangerous impact that their products have on our health. In the opinion of many experts, given that human physiological characteristics are similar to those of monkeys and quite different from those of carnivorous animals, human beings should be classed not as omnivores but as frugivores, designed, that is, for a diet based on fruits and seeds.

In recent years the west has rediscovered the pleasure and benefit of a diet that excludes foods of animal origin, such as meat. Many movements have come into being in support of vegetarianism, some of them on ethical grounds. Not eating meat is not only a question of health, it is also a question of love: a love of animals, of nature, and of every living being.

It is impossible to remain untouched by the atrocities perpetrated on animals to satisfy a need that is neither primary nor vital for humankind.

The Meaning of life

August 1988. It was a very hot afternoon and I was at home, halfway between sleep and wakefulness, when I got the feeling that something was about to happen that would change the course of my life. The sound of the doorbell brought me back to reality and, still tired, I got up to go and answer the door, slightly annoyed to have my train of thought interrupted. Standing there in front of me was a boy in a white robe. His head was shaved apart from a tuft of hair, which brought a smile to my lips, and his movements were slowed by the heat. He was laden with books and asked me if I would look over one or two of them with him. I invited him inside and offered him a cool drink of water.
It was only afterwards that I found out he was a celibate student known as a Brahmachari, and that his tuft of hair was a sikha; nor was it until much later on that I realised that it was this meeting with him that would change the path of my life. The name he is now known by is Shuba Krishna. He left me some books and told me to read them. As we said goodbye I didn’t think I would ever see him again. I didn’t know his name or where he lived; all I knew what that his serenity and the peace that his words and attitude inspired in me were enough to make me try to understand.

I read the books. The lines of text that flowed before my eyes captured my interest and I felt a desire to know about what seemed such a remote world. The very pages themselves exuded a scent that filled me with peace. After exactly one year, the Brahmachari visited me again, bringing with him a number of gifts from India, including some hand-painted canvases and the most delicious biscuits. He explained to me that he had made these biscuits himself and that they contained no ingredient that had ever caused a living being to suffer. He left me some more books and took his leave. His annual visits to my home continued for many more years and each time many subjects would be left hanging. My thirst for knowledge was immense.

I persevered with my studies, my interest never waning. I began to chant the Holy Name, embraced the Vaishnava faith, studied the Bhagavad Gita, became a follower of Krishna and began enthusiastically to spread the notion of religious and secular vegetarianism as though I were on a mission. I was initiated by Sri Srimad Bhaktivedanta Narayana Gosvami Maharaja and took the name Lalita Priya.
Today, after more than twenty years, I still promote the philosophy of positivism. Drawing on its eastern foundations, I teach people to get the best out of themselves and out of others, and to find the positive aspect of any situation, using a methodological approach that can be adopted either on the premise of faith or on the assumption of intelligence and a secular openness to optimism. This is my meaning of life. Each day I wage a conscious and peaceful war to win respect for every living being and to promote the spread of vegetarianism. 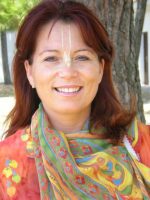 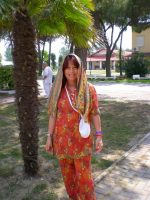 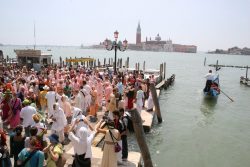 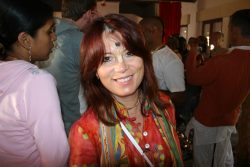 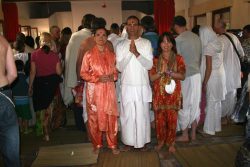 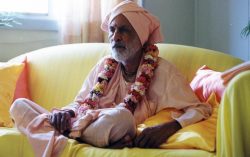 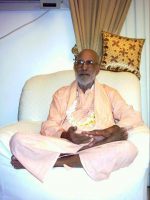 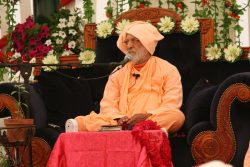 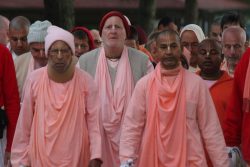 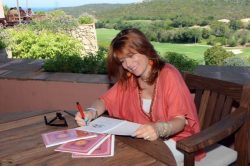 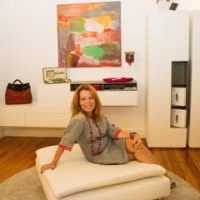 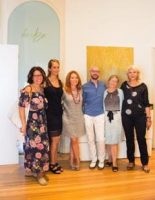 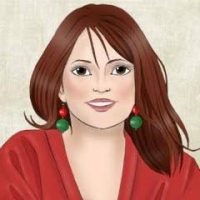 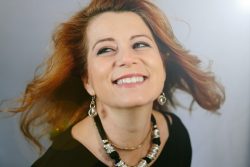 PATRIZIA VAIER is a registered trademark and pseudonym. Every right is reserved on the writings published. It may not be reproduced without permission, even partial, of the contents of e-books and paper books. 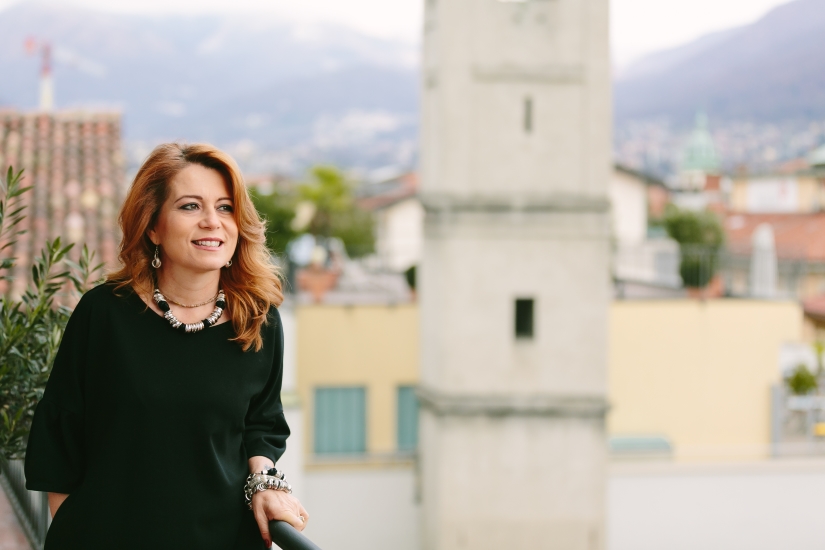 I have always found religions and schools of thought that move the masses to be a source of interest and fascination. I have studied the major sacred texts and dwelt at length on the anthropology of religions, focusing in particular on eastern peace philosophies and the syncretisms of the post 1900 period. I have taught one-to-one and group courses in which the principal theme is peace, understood as inner peace. Individuals must achieve their own physical and psychological wellbeing through a positive attitude and through constant practice, thereby eliminating the restraints that hamper their progress in the various fields and manifold stages of human life, understood as an earthly passage.

Studies and areas of Expertise

Philosophy of Religions and Eastern Philosophies of Peace